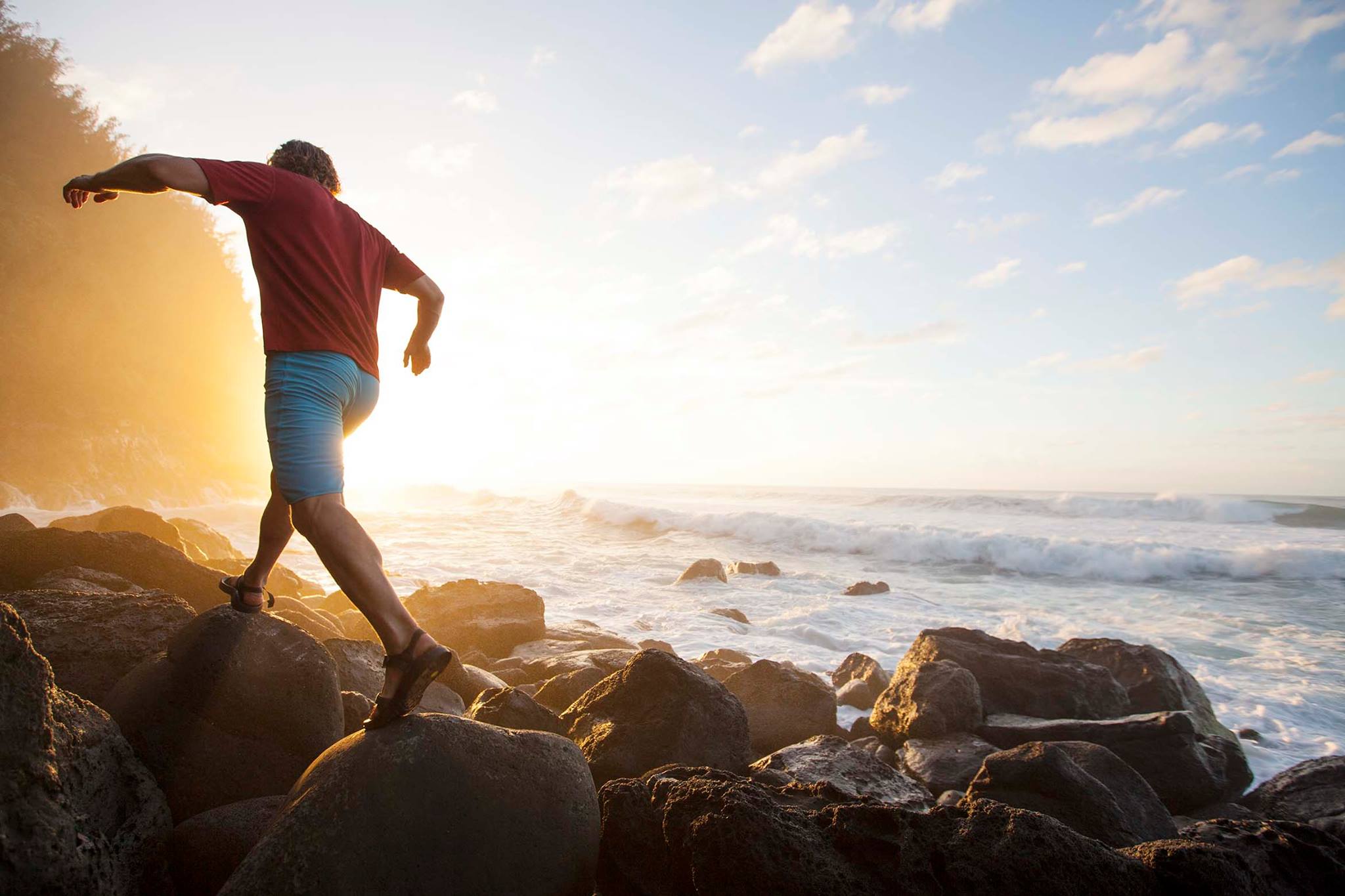 Imagine spending a long, sunny day canoeing a local river, hopping in and out to snap photos from the bank or goof off with a friend. All the while, the running shoes you’d thrown on in the morning are getting soaking wet. At the end of the day, you come home with feet that are miserable and wrinkled as raisins.

For whitewater raft instructor Mark Paigen, that was an everyday occurrence. In Paonia, CO, he noticed that a few of his fellow co-workers wore early sport sandals. Since they didn’t hold water, synthetic “sports sandals” allowed the guides’ feet to dry quickly after being submerged.

He recalled, “I had always thought of sandals as leather. Changing the materials created a new kind of shoe. I was hooked.”

Hooked, but not impressed. He didn’t think the other brands provided the support or quality he wanted from his sandals. With a background in custom shoe making, he knew he could do better. He set out making a few pairs for himself and started wearing them during his trips as a guide.

“Clients always had questions,” he said. “If a guide had something, it probably worked. They asked about my sandals. I explained my background in custom shoes, my obsession with improving the concept of sport sandals. They wanted some.”

Donates to The Conservation Alliance and National Park Foundation. 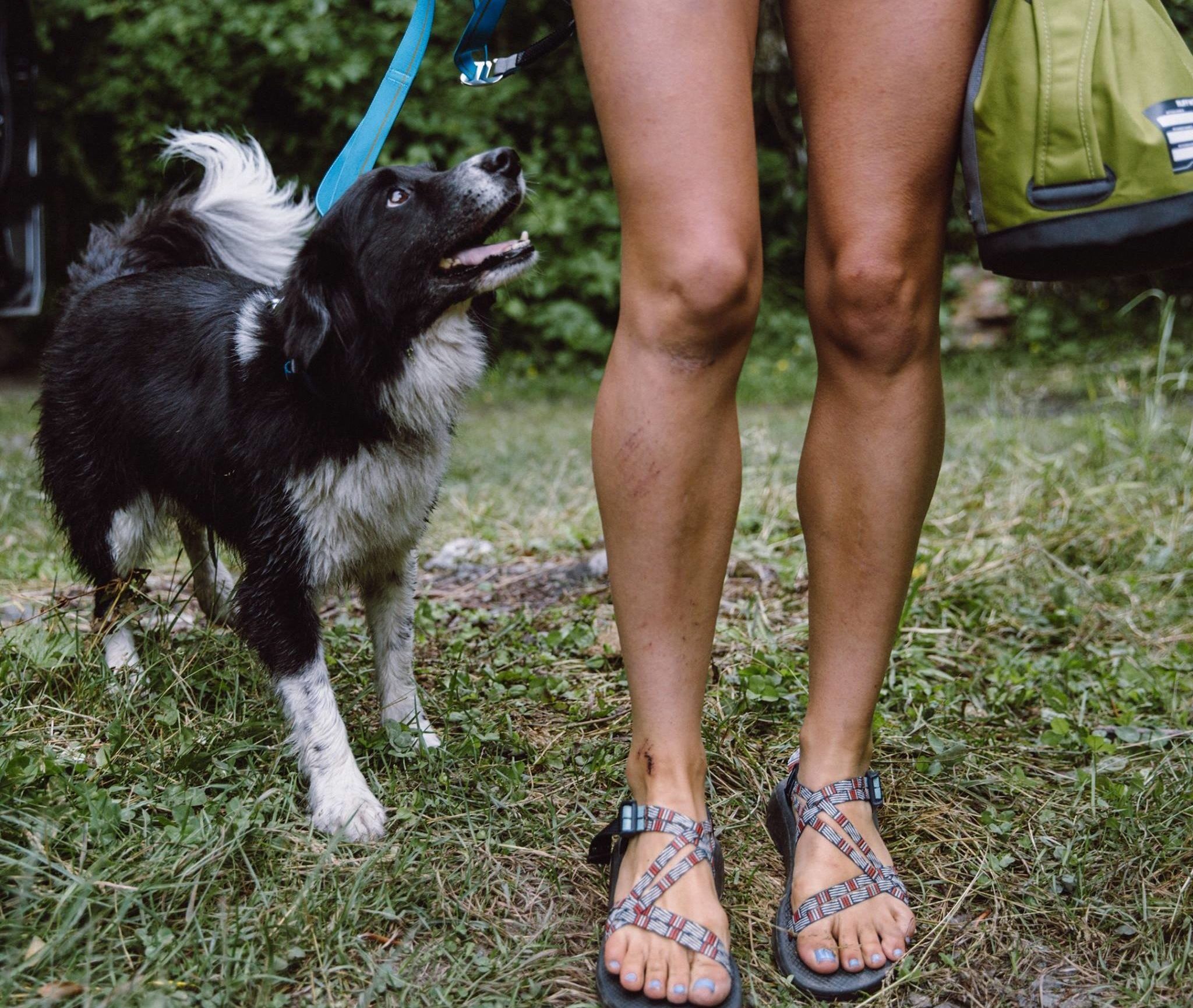 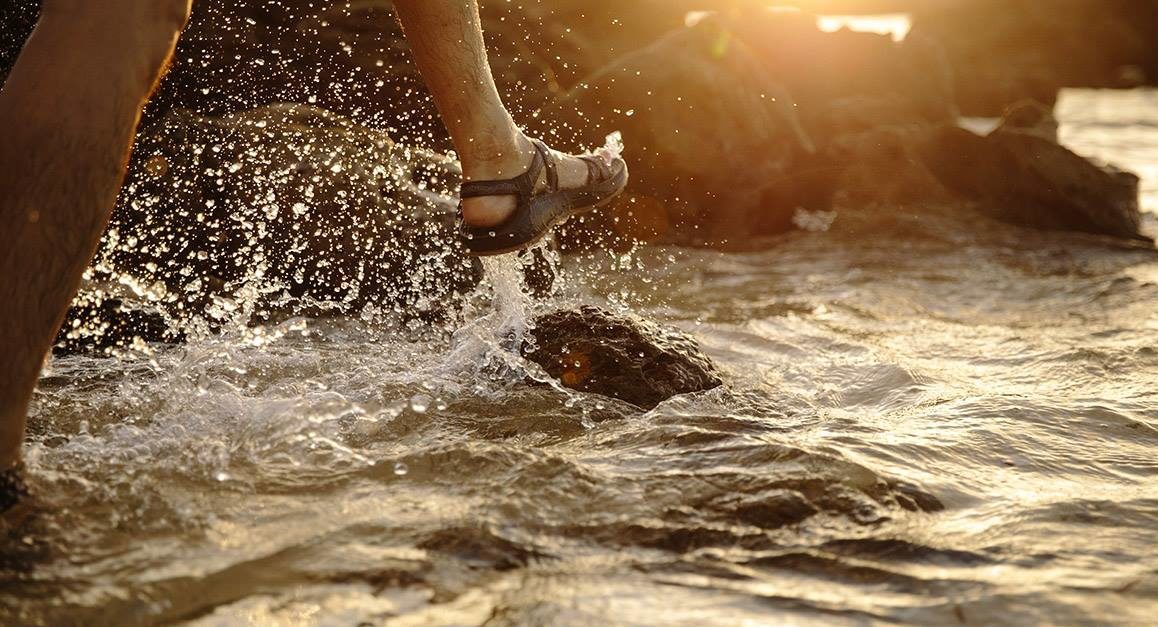 Chaco became the new standard of sport sandals, and their customers were soon turning into advocates

So Mark would trace the client’s feet to make them a custom pair and Chaco was born. He charged $30 postpaid for each pair of sandals he built in a spare room of his house.

While he knew he had a great product, he knew nothing about the retail business. With the help of small shops like Summit Canyon Mountaineering in Glenwood Springs, CO, Mark began to learn the ins and outs of the outdoor industry.

Sales began to pick up, but so did requests for a new open-toe design. Mark was stumped. He was sure that the strap placement was the only way to keep the foot centered on the sandal. With the help of a pedorthist, Mark redesigned the base of the shoe to provide the kind of arch support that would keep the foot from sliding out of the sandal.

Confident that the new design was ready for market, the next challenge was a name. A friend had jokingly said that “the sandal should be named Z/1 because it was ‘Zee One!’” Mark explained, “I had nothing better. Z/1 it was.”

As predicted, it did turn out to be “Zee One.” Chaco became the new standard of sport sandals, and their customers were soon turning into advocates. After incredible growth, global market forces began to affect the company. In 2007, the Paonia factory closed and production moved to China.

I explained my background in custom shoes, my obsession with improving the concept of sport sandals. 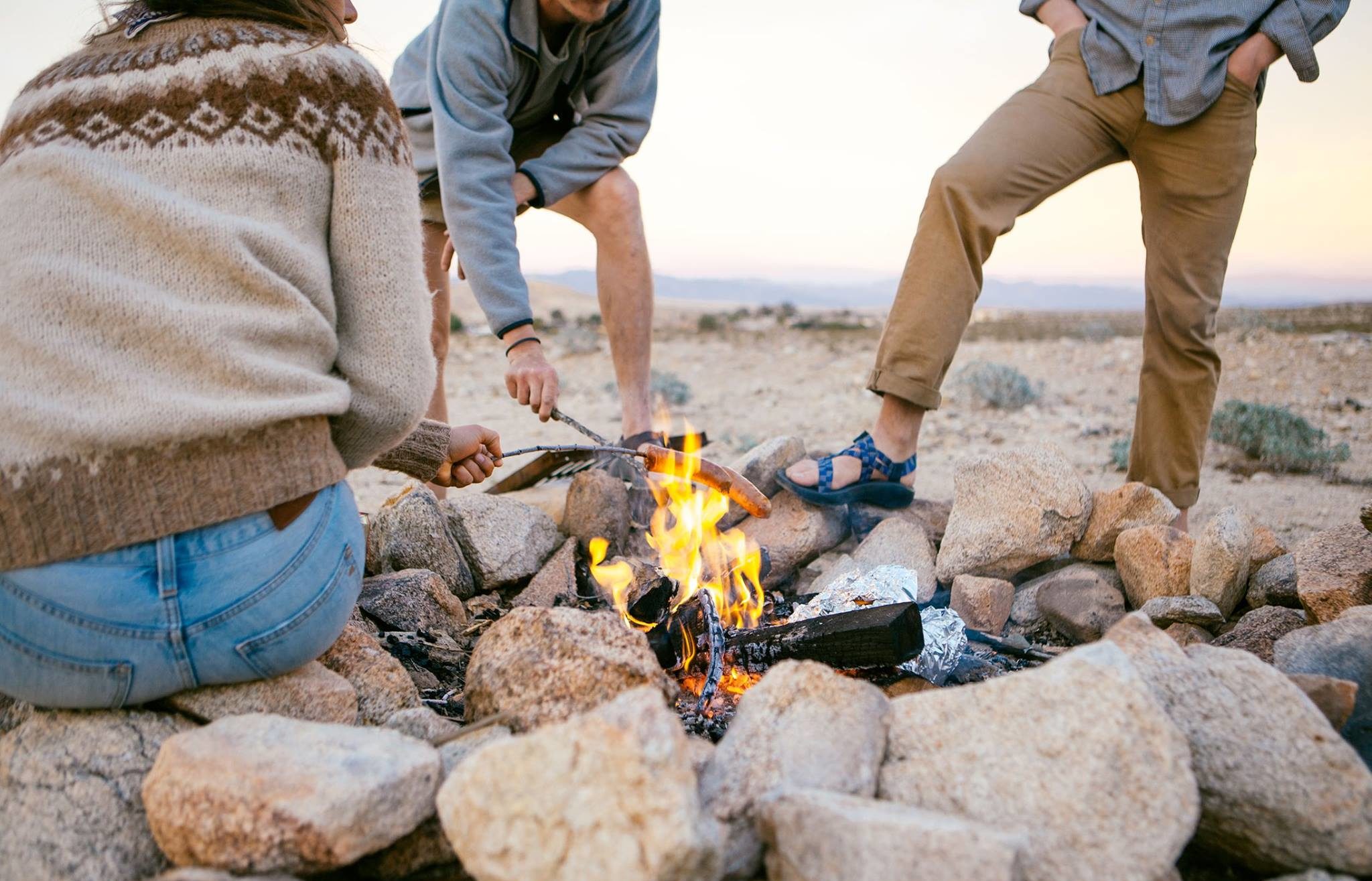 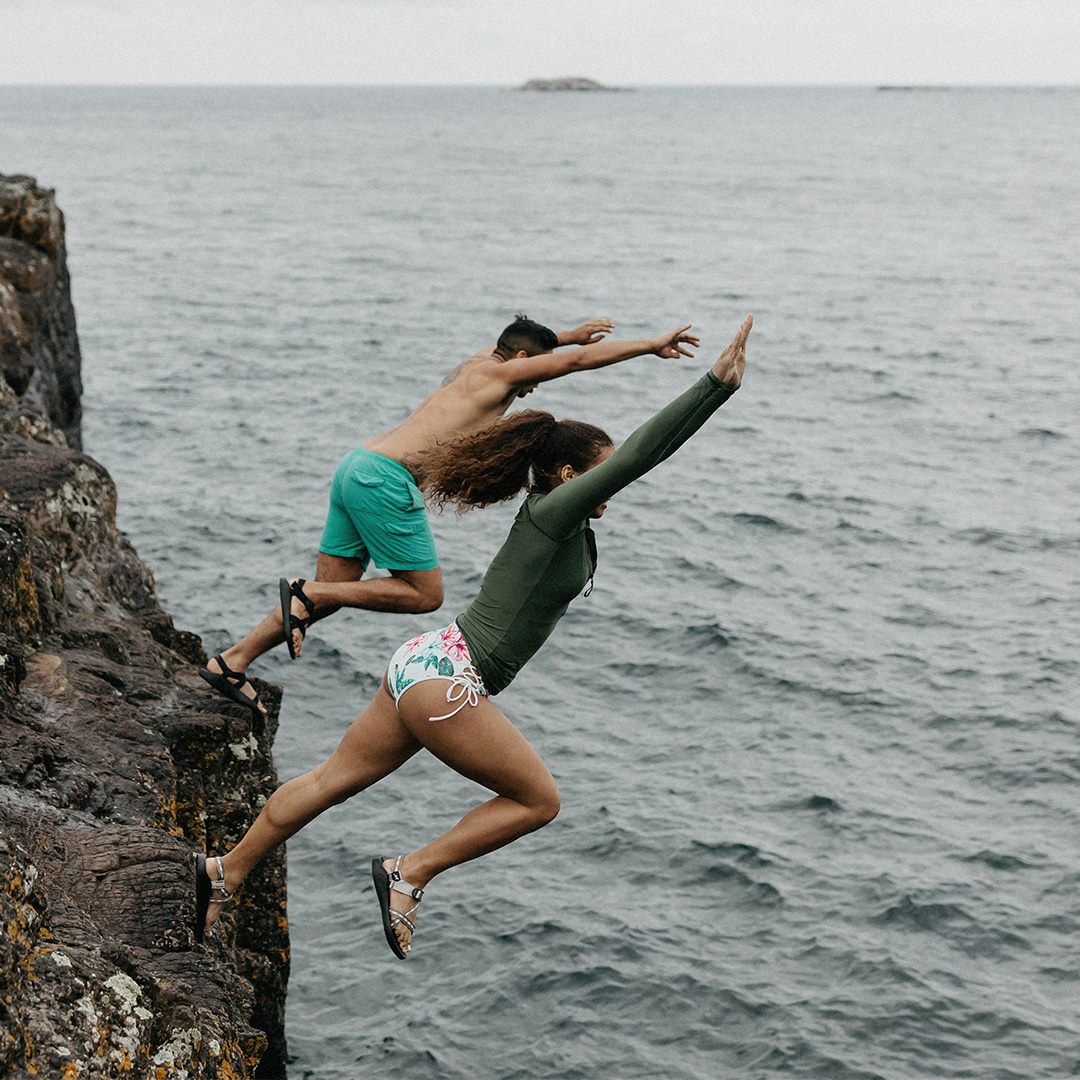 “People are so attached to their Chacos,” said Lisa Kondrat, ReChaco manager. “They ask for old soles back because they are keepsakes from their travels.”

“The difficult business environment had a play in it,” Mark said of the move. “I thought the best path forward for the Chaco brand was to hitch our wagon onto that of a larger company.”

The merger has opened many doors for the company, including a return to custom shoe-making at its Rockford, MI factory.

In 2012, the company launched “MyChacos.” The service allows their clients to customize a variety of sandals and accessories. Currently, the Chaco factory employs 25 full-time workers and 20 temps, and the customers are responding positively to the assembled-in-the-U.S.A. goods. The Michigan-based MyChaco team has helped expand the company so much, the Rockford factory has expanded twice to meet demand. The Chaco marketing director gives all the credit to the locals stating, “It’s the people here that make the difference.”

The Michigan factory also continues the proud tradition of “ReChaco,” which replaces worn soles or torn webbing of beloved Chacos. The program also recycles and reuses packing materials from shoes that have been shipped to the company. Since 2009, over 100,000 pairs of Chacos have been recycled.

“People are so attached to their Chacos,” said Lisa Kondrat, ReChaco manager. “They ask for old soles back because they are keepsakes from their travels.”

Chaco doesn’t just take good care of their customers, they also give back to support land and water conservation. Chaco joined forces with The Conservation Alliance and the National Park Foundation. With the support of Chaco and many other companies, The Conservation Alliance have helped protect 50 million acres, 2,991 river miles, removed or halted 29 dams, purchased 12 climbing areas, and designated 5 marine reserves. As a corporate partner to the National Park Foundation, Chaco has helped preserve more than 18,000 miles of land, water, and hiking trails all the way to raising $29,000-99,000 each year.