If you’ve ever tried it, you know that fly fishing can be a humbling sport. The technique takes some practice to master. The dizzying array of fly options can be overwhelming. Even with the latest and greatest gear, it can take hours of patience to get a bite.

In the early days of fly fishing, the fly line was often made of silk. Silk fly lines had many downsides: they soaked up water, they sank, and they rotted. In 1945, a small Michigan company revolutionized the fly fishing world.

It all started in a kitchen sink in Midland, Michigan. In 1945, Leon P. Martuch, Clare Harris, and Paul Rottiers began Scientific Anglers. According to the company, “The cast, the rods, the reels, and the flies all connect through the cotter pin of fly fishing: fly line.”

Martuch believed he could make a better line out of a new material – plastic. With a braided core, Martuch would dunk the line into tubs of plastic before curing them in his own kitchen oven. This created a fly line with a tapered PVC coating. Scientific Anglers received its first patent for this line in 1960.

With another technological advancement in 1963, Scientific Anglers was the leader in “market innovation and development during fly fishing’s early widespread industrialization.”

Scientific Anglers continues to innovate to this day. In 2014, its most technologically advanced line, “The SharkWave,” made its debut on fishing lakes everywhere.

Almost from the start of Scientific Anglers, advocates of fly fishing have worked to protect our lakes, rivers, and streams. 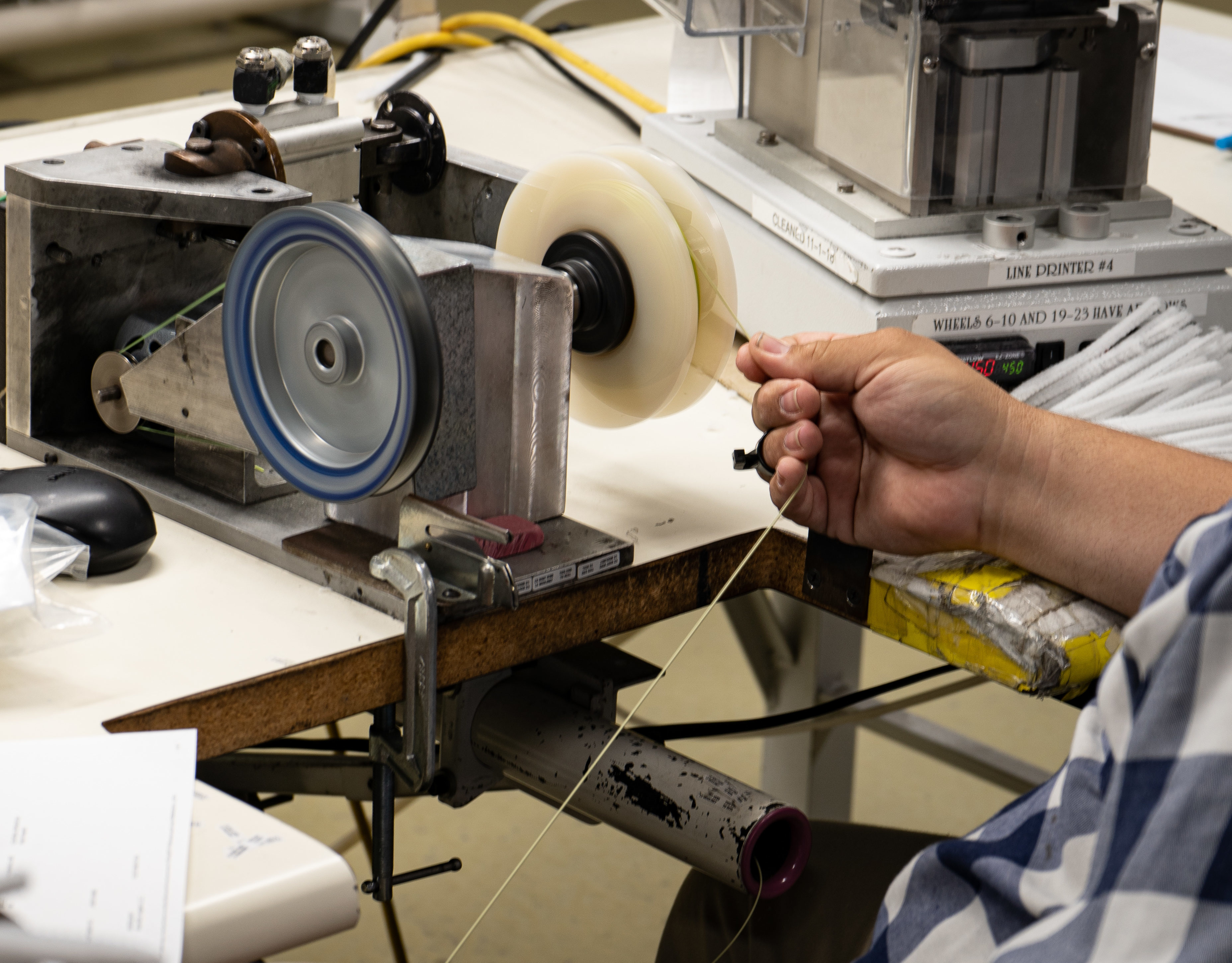 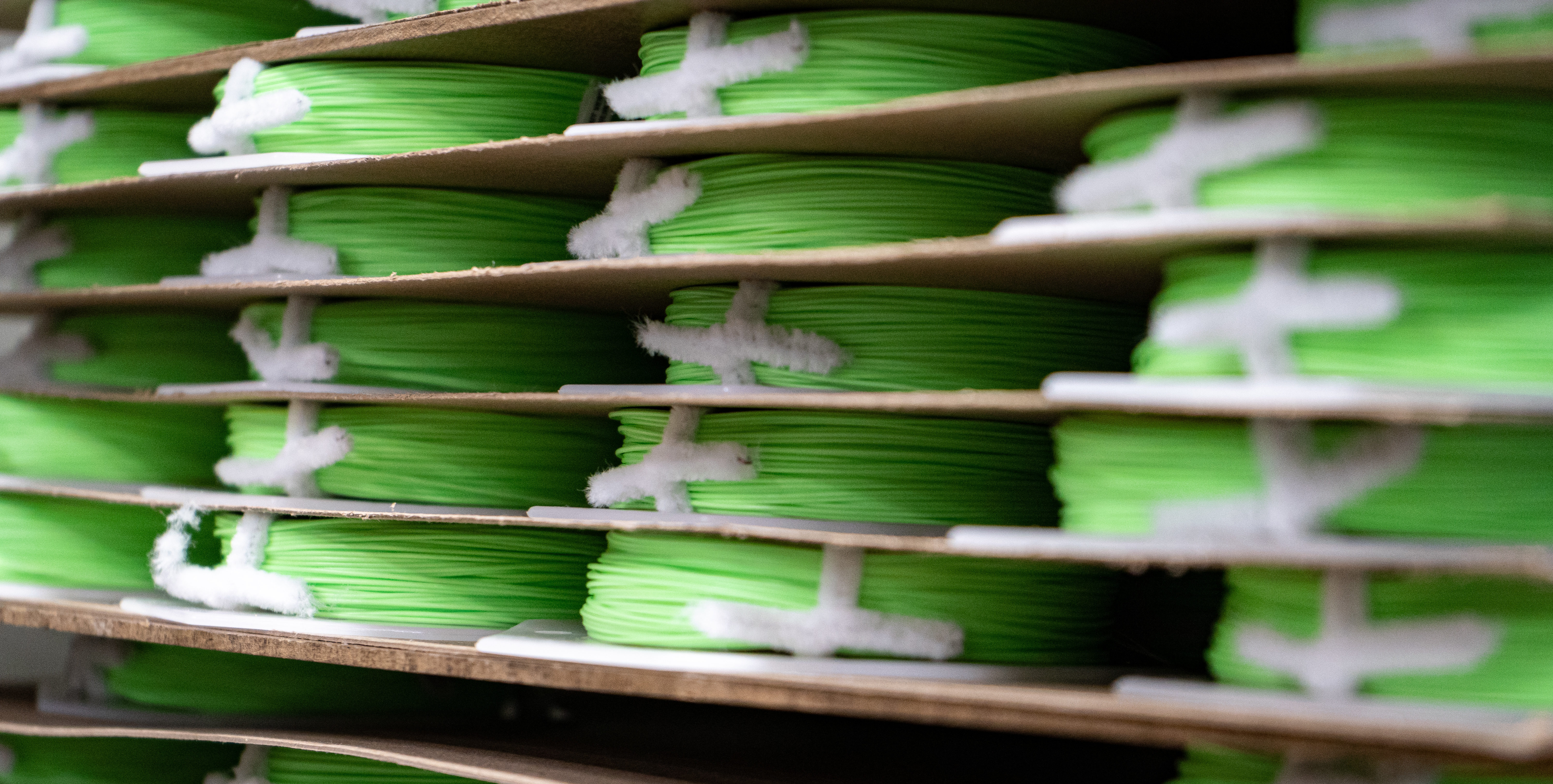 Almost from the start of Scientific Anglers, advocates of fly fishing have worked to protect our lakes, rivers, and streams.

In 1959, along the banks of the Au Sable River in Grayling, Trout Unlimited was founded by a group of concerned anglers. They “banded together to ensure the health of trout, their habitat, and the sport of angling.” From 12 founding members, Trout Unlimited has grown to 300,000 members and over 400 chapters.

Midland’s chapter, aptly named after Leon P. Martuch, was founded on March 3, 1975. As part of its commitment to preserving trout habitat, the chapter sponsors an annual tree planting with a local high school called “Cedars for the Cedar.” Each year, the students plant cedar trees along the banks of the Cedar River in Gladwin. The trees will grow to shade the river.

The Martuch Chapter is also one of many that bring Salmon in the Classroom to local schools. In classrooms throughout the region, students raise salmon to be released into local streams.

The Anglers of the Au Sable are a 800-member strong, environmental conservation organization founded in Grayling, Michigan, on January 18, 1987, but they are so much more than just a fishing club. They work “to preserve, protect and enhance the Au Sable River System for future generations of fly fishers.” The Anglers main focus is the issues that are affecting the Au Sable ecosystem. Their areas of focus include fishing and recreational legislation, pollution, stream improvement programs, fisheries and environmental research, and educational programs.

As one of the most popular nature-based outdoor activities, fishing is often an integral part of childhood. Many Michiganders can trace their love of nature back to time spent fishing as a child. 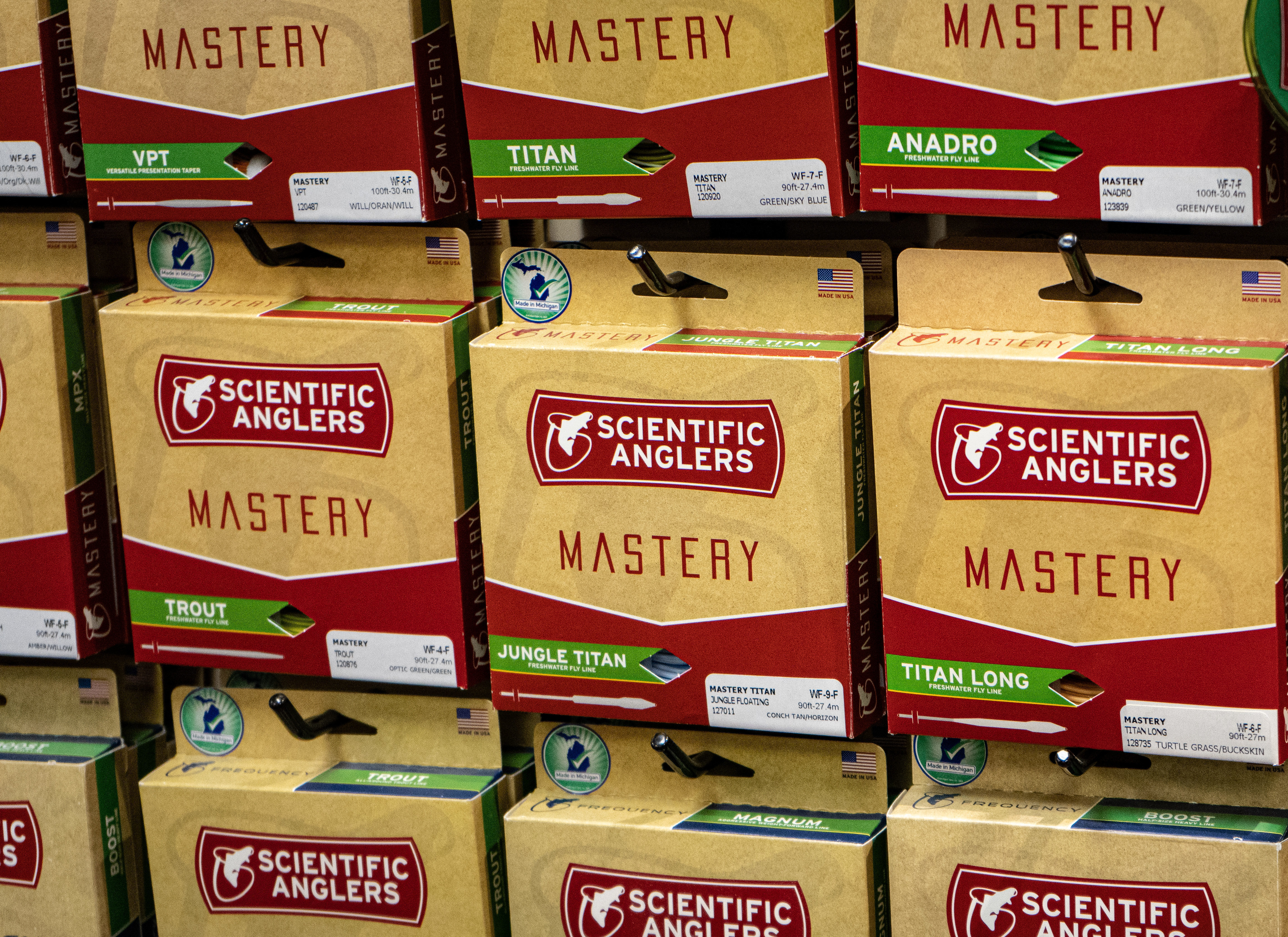 Today, Michigan ranks fourth among states in terms of the number of fishers.

On a state level, “Forests for Fish” brings together foresters, loggers and fisheries biologists to promote the message that Michigan’s forests provide abundant clean water and quality fish habitat. The Forests & Fish Law, established in 2006, is an historic set of regulations that protects 60,000 miles of streams. That’s 9.3 million acres of state and private forestland. As one of the largest and most comprehensive pieces of environmental legislation in the U.S., the law is designed to fully comply with both the federal Endangered Species Act (ESA) and the Clean Water Act (CWA) to protect our native fish and aquatic species.

Today, Michigan ranks fourth among states in terms of number of fishers.

As one of the most popular nature-based outdoor activities, fishing is often an integral part of childhood. Many Michiganders can trace their love of nature back to time spent fishing as a child. Fishing is also an element of a healthy, active lifestyle. Over 700,000 people, or 12.6% of the fishing population, tried fly fishing for the first time in 2009.

Michigan has the resources in place to keep the next fly fishing generation growing. In communities across the state, great fly fishing opportunities exist in our own backyard. Local shops provide seminars to help fly fishing first timers. With a number of rivers and streams, you don’t have to travel hundreds of miles to make your next fly fishing experience one for the books.

The Forests & Fish Law, established in 2006, is an historic set of regulations that protects 60,000 miles of streams. That's 9.3 million acres of state and private forestland.